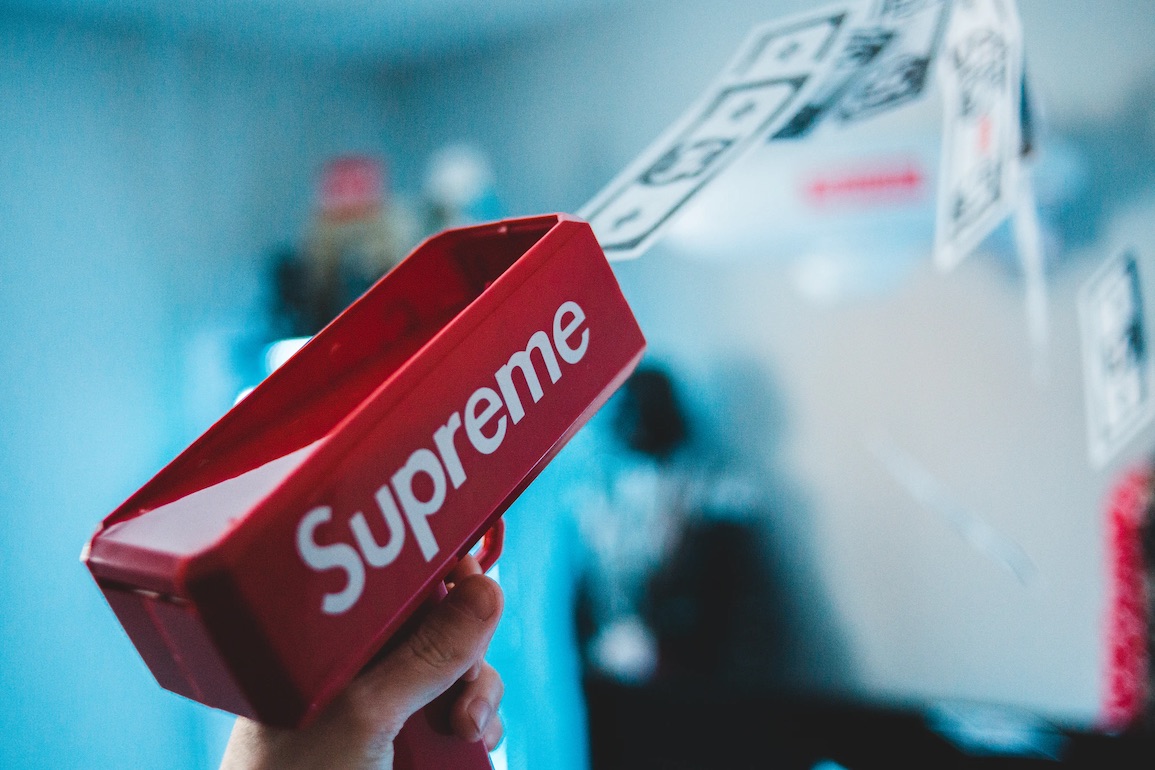 When To Buy And Sell In The Forex Market

Your success as a currency trader, to a large extent, is determined by your ability to weigh volatility in the forex market. Your ability to measure market trends is an essential tool to succeed as a forex trader.

It is also important to know the unique variation in each currency to play the game right. In cases of highly volatile currencies, you want to assess risks and opportunities carefully before dealing. However, when dealing with less volatile currencies, the risk is significantly reduced.

With forex, currency values are the most flexible because each currency’s value is not absolute but somewhat varies with their fluctuation in the market.

The idea is to make the exchange of goods and services across nations possible with no compromise to the international market value of both currencies used in the exchange. Hence the use of relative values rather than the absolute value of currencies.

With currency exchange, a London based business can buy goods from a U.S. based company over the international market. The former pays the later in USSD even though its income is in euros.

Different Categories of Currencies Up for Trade in the Forex Market

The various monies traded in the forex market can be categorized into the following based on their frequency of trade in the market and their volatility.

The majors are the most traded currencies globally; they are relatively more stable than other currencies in the market.

Arranged in no particular order, the major currencies available globally include:

These are less traded than the major and minor currencies. These currencies are the most volatile of all; they are less stable with high market flexibility.

TIP! If you’re a beginner in Forex, sign up to eToro. They offer an easy-to-use copy-trading platform where traders can copy the trades of pro investors across over 1,900 instruments. It has often been voted as the best Forex platform for beginners and has over 10 million users worldwide.

What Are the Factors Affecting Forex Trade?

1. Strengths and Weaknesses of The Economy

This is quite easy to understand. With a strong economy, the country flourishes, and businesses feel safer to spend more money as they anticipate better returns.

The effect of this is that these companies and businesses get increased taxation from the government, which translates to more significant revenues for the government in the long run.

With increased revenue, the government can also spend more money; hence, the country’s GDP is increased. When a country’s GDP increases, its national currency spores up in the international market as expected.

However, with a weak economy, businesses and investors do not feel safe to spend money as they do not anticipate good returns. As you may have guessed, the effect of this is the overall reduction in the country’s GDP, which devalues the country’s currency in the international market.

How does this help you as a forex trader? Knowing each country’s economy’s strength helps you monitor the rise and fall in such a country’s currency. This knowledge, in turn, allows you to plan adequately for a shift in the value of the currency pair you intend to trade.

2. Changes in Government and Governance

A country’s political events can play a significant role in its currency’s fluctuations in the international market. For example, a corrupt government’s overall effect is a reduction in the country’s economic development.

A failed economy goes on to devalue the country’s currencies as they are no foreign investors coming to invest in the country. At the same time, local businesses end up not thriving well in a corrupt government.

However, if this government is to be changed to a more economically focused government, the more suitable opposite happens, which invariably betters the country’s currency value.

This is a measure of a country’s export to import. The trade flow of a country affects the country’s currency value in the international market.

Considering a high-exporting country, there will be an increased demand for its currency in the international market. This is because, for these country’s goods to be bought, their currencies must firstly be purchased by the importing country.

With this, the exporting country’s currency is in higher demand; hence the currency value spurs up in the international market.

However, for a country with higher net importation rates, there is a need for the country to sell their currency in the market before they can import goods.

How to Buy and Sell as A Forex Trader

Buying and selling as a forex trader involve careful monitoring of the exchange pair you wish to buy and sell.

As explained earlier in this article, the supply and demand for currencies vary as certain economic or political factors vary.

Since all currencies are local to different countries and regions of the world, a country’s overall economic success determines its currency value in the international market.

As a currency trader, you want to trade based on favorable trends. Although going by trends is only as good as going by predictions. In actual fact, predictions might be the most important tool you need to succeed as a forex trader.

TIP! Follow this Forex trading A-Z course for beginners and experienced traders. You’ll learn how to take advantage of currency movements and get a thorough understanding of bulls & bears, short selling and much more.

Because currency exchange occurs in pairs, we consider buying and selling a currency pair in this article, say the EURO/USSD pair, with the EURO being the base currency.

When there is a trend of increasing weakness in the USSD, for example, you want to execute a buy EURO/USSD order.

With this, you have bought the euro so that when it is sold, it is bought for a higher price as the USSD falls against the euro.

However, if the opposite is true and the market trends give off the USSD as the stronger currency relative to the euro. As a forex trader, you want to execute a sell EURO/USSD order to be on the safe side of the market so that you can make profits as the Euro falls to the USSD.

Not in all cases do transactions have to be done in anticipation of a fall or rise in the trading pairs. At times the rise or fall might be at the time of purchase.

Take, for example, a USSD/EURO pair; if you bought the Euro using the USSD in the exchange market, and there is an increase in the euro’s value relative to the USSD at the same time, you made an exchange surplus. This is the gain you made during the transaction.

However, if there is a decrease in the euro relative to the USSD during the time of exchange, then there is an exchange deficit. This is the loss of the trader hence the need to monitor the trends carefully before dealing.

Buying and Selling in Lots

When buying as a forex trader, you buy and sell in lots. Pretty much like buying eggs in crates or bottles in dozens, forex traders also buy and sell the exchange pairs in sets called LOTS.

In forex, a thousand (1000) unit of a currency is referred to as the “micro-lot’. A trader might decide to buy or sell one of the currency pairs as a micro lot or in series of micro-lots.

Ten thousand (10,000) unit of a currency is referred to as the “mini lot.” You could also decide to deal with mini lots. All these are dependent on the kind of account you sustain and your forex broker.

While it is unwise to buy or trade currency in piece mills, starting up as a forex trader, you may not be able to afford currencies in sets like mini or micro-lots.

So, do you have to wait until you have enough to purchase in lots before you begin dealings as a forex trader?

Fortunately, the answer is NO this is because, with margin buying, you can buy currencies in sufficient lots while paying only a fraction of the money: this is also called trading by leverage.

With a leverage deal, you would not have to pay for the mini or micro-units upfront but would be allowed to make an initial deposit, which is just a fraction of the total cost.

Leverage in forex trade is given as the transaction size ratio to the actual cash used for a margin.

When to Buy and Sell as a Forex Trader

After adequate knowledge on how to buy and sell as a forex trader, you need to know when the forex market is most favorable—bearing in mind that each currency has its unique variations in the market.

When looking to trade currency, you want to view the market in light of the following criteria­—this helps you make useful predictions.

To trade currencies in their most favorable periods, you want to keep an eye on trends. You might want to analyze carefully, the history of fluctuations of the currency you wish to buy or sell

As a trader, monitor the moving averages and momentum oscillators to decide when it is best to join a prevailing trend. These tools are indicators that tell you when to enter a favorable trend and when to avoid an unfavorable one.

As a forex trader, you must monitor the country’s economy’s fluctuation in whose currency you intend to trade. As explained earlier, a country with an increased GDP is likely to have a better stand in the currency market.

So as a trader, be sure that your base currency is at the economically advantaged end when compared to the currency you wish to sell before proceeding to deal.

You may also want to favor a country’s currency with more net export as your base currency because countries with higher export rates have their currencies in higher demand than those with lesser net export rates.

Volatility and Stability of Each Currency

When dealing with forex, you must know how stable each currency is to know when it is best to trade in them.

The forex market is lucrative, although not without its own risk, so when trading in forex, you want to follow the best practices possible to reduce risk to its barest minimum.

To a large extent, monitoring political & economic trends reduces trading risk and helps you make good predictions in the exchange market. However, if you are new to the market, you might want to start up with smaller lots to allow you to play around risks before being fully rooted in the trade.

We explain how you can make money, save money and grow money.

Make money: learn how to build wealth and how to earn money from the internet.

Save money: learn how to save money and how to make budget plans.

Grow money: learn how to invest and trade.

Please note that under no circumstances should any information from this blog be used as replacement for professional financial advice.